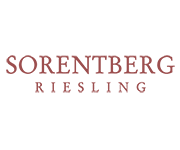 With their transnational project, the two not only stand for the
for a successful joint-venture, the project also stands for a
for the revitalization of a fallow steep slope,
it is a tribute to the Riesling
Meininger’s wine world (June-July 2014)

“The upswing of the young Moselle is reflected less in the numbers than in concrete, future-oriented projects. The cross-border replanting project that the Reiler young winegrower Tobias Treis starts with his former Geisenheim fellow student Ivan Giovanett from South Tyrol/Italy appears spectacular …”.
Sommelier Magazine (May 2012

With the replanting of the traditional Reiler Sorentberg vineyard in a side valley of the Middle Moselle at the height of Arras Castle, the two young winegrowers Tobias Treis (Reil/Mosel/Germany) and Ivan Giovanett (Neumarkt/South Tyrol/Italy) have fulfilled a long-awaited dream of growing their own top Riesling. The individual vineyard, which has been forgotten for decades, is currently being revived by the two committed young winegrowers.

Tobias Treis and Ivan Giovanett know each other from their time in Geisenheim, where they spent the academic years 2003/2004 together. Today, both are active in their respective parent’s traditional wineries and share a common passion: Riesling. “With cross-border know-how, we now want to create something unmistakable and at the same time tread new paths,” says Jungwinzer Treis.

“During my years of study in Geisenheim, my passion for Riesling grabbed me and never let go,” says Giovanett. “It was clear to me that I wanted to work with Riesling at some point, but it was not possible to produce the king of white wines at the highest level in my South Tyrolean vineyards because of the warmer climatic conditions. For years, however, he kept in touch with his fellow student in Germany. It was in September 2011 when Treis first told his South Tyrolean winemaker friend about a top steep slope, a southern slope, slightly off the Moselle.

“I’ve known the situation since I was a child,” says Treis. As a child he often stood up for Sorent on a steep slope and emulated his father Theo until he had to grub up the last vines almost 25 years ago: “The wine prices were on the ground, the amount of work on the extreme steep slopes was too high.

It quickly became clear to the two young winegrowers that they only wanted to realize their plan to revive the WEINGUT SORENTBERG after decades together. Such recultivation work involves an unbelievable amount of work. With Treis on site, who takes care of the winegrowing and cellar, and Giovanett, who brings in a worldwide sales structure in 21 countries from his parents’ winery, an ideal basis for this mammoth project seems to have been created.

After months of preparation, in April 2012, the first 16,000 Riesling vines were planted on an area of 2.45 ha after 25 years of fallow land. Two years later, in October 2014, the first harvest followed. The target yield of one bottle of wine per vine (around 50 hectolitres for almost 6,500 vines per hectare) will continue to be extremely low in the future, and the desired ecological processing method will make an even greater contribution to emphasising the uniqueness of this monopoly location.

Uniqueness of the location

The Sorentberg is unique with its total area of 9.48 hectares. Its terroir is a combination of many factors that make it a remarkable whole:

Furthermore, in the upper, extremely steep part, almost 1,000 70 year old Riesling vines with true roots were discovered – wild for almost 25 years, but still usable. Every single old vine was examined to see whether it was still in the sap river, freed from proliferating thorn bushes and replanted; the old, rotten wooden posts were replaced with new ones. “The joy was great when, in May 2013, almost all the old vines sprouted again, bloomed in June and showed their first little bunches in October. “It was worth the effort, because this discovery enhances the slope even further, because since the great phylloxera plague at the end of the 19th century, only a few plots in the whole world remain without an American rootstock,” Giovanett and Treis are convinced. Old vines are characterised by lower growth, deep roots and more intensive berries. They take more minerals from deep rocky soil.

We appreciate your interest.